With the current breeding estimation in April, a new trait was introduced in the exterior bar chart. The teat placement rear (PLH). The new feature is inserted between the teat placement front and the teat direction rear.

In order to achieve the goal of centered teats, the bar chart shows an optimum of 100. The corresponding optimum range is 97-103.

The high genetic correlations between PLH, teat direction rear and teat placement front are taken into account by adjusting the optima for these characteristics.

Further information can be found on the LfL Bayern website. 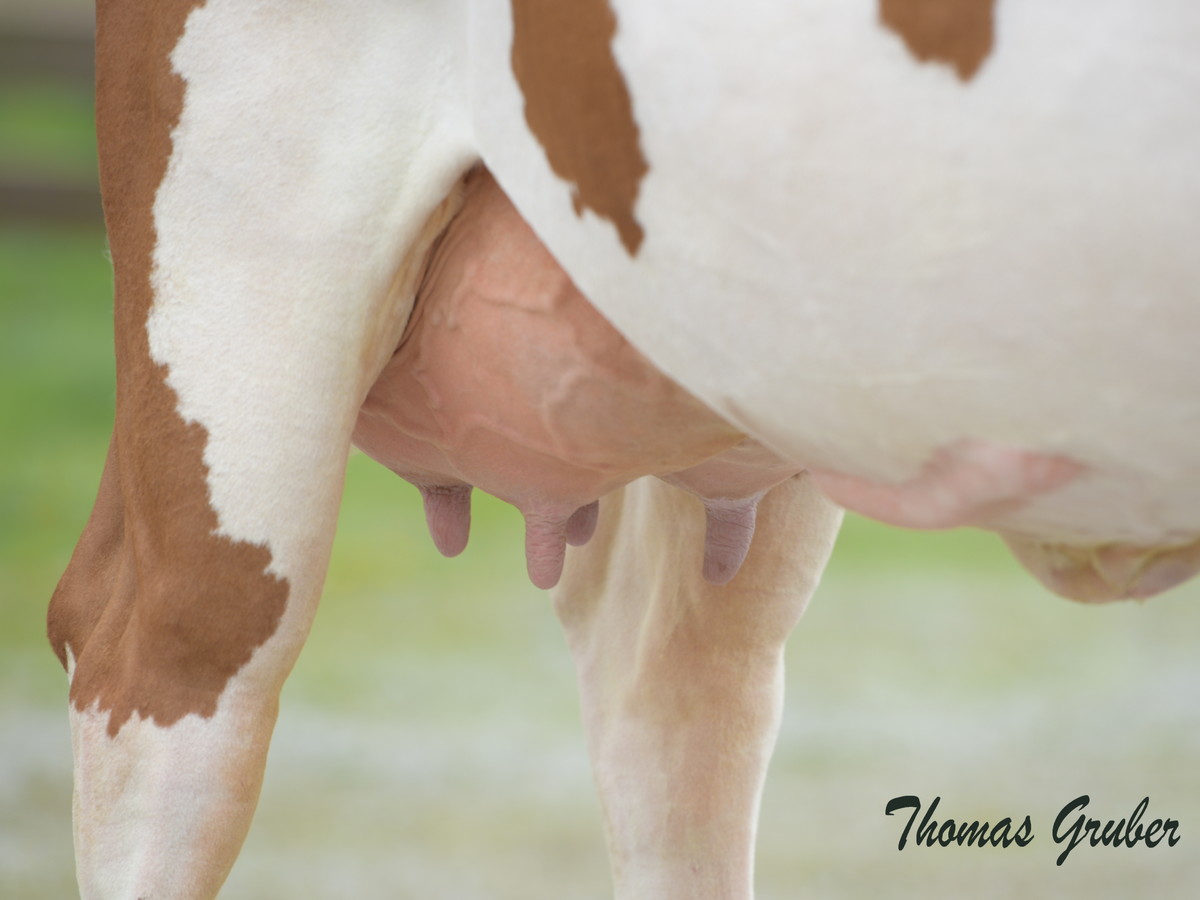 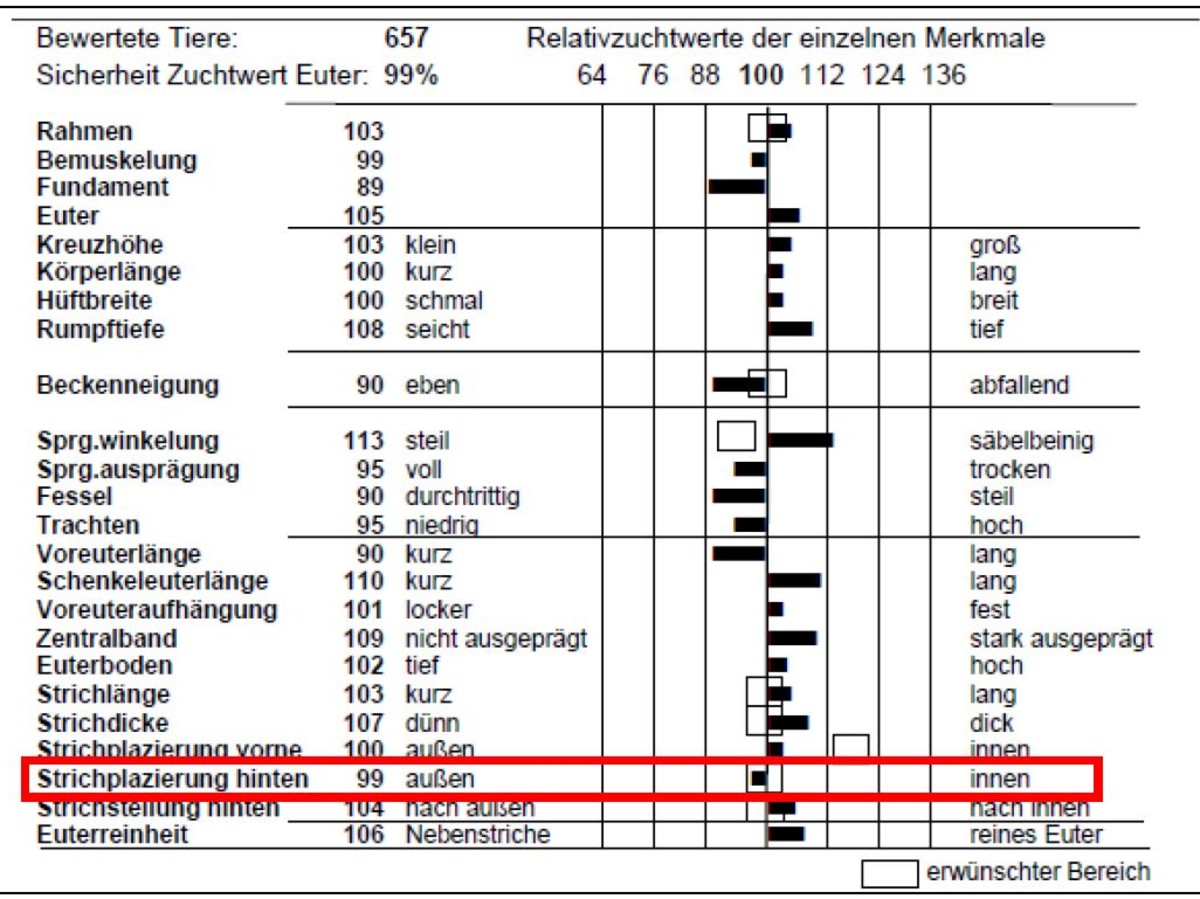