The simple application of our TYP breeding value allows any farm manager in pure and cross breeding to pursue "farm individual" breeding goals and to breed a cow with the right balance and without extremes.

For easy pairing with the TYPE value, simply use our Selfmate-APP.

What is the added value of TYP mating?

Goal
The aim of the type breeding value is to have cows of the Allround type.

Mating
The pairing is done quite simply via the TYP-model.

Use
Easy application in pure breeding and crossbreeding with dairy breeds.

"In the future, we need cows that look like an Olympic wrestler in the middleweight class."
(Chad Dechow, World Dairy Expo 2006) 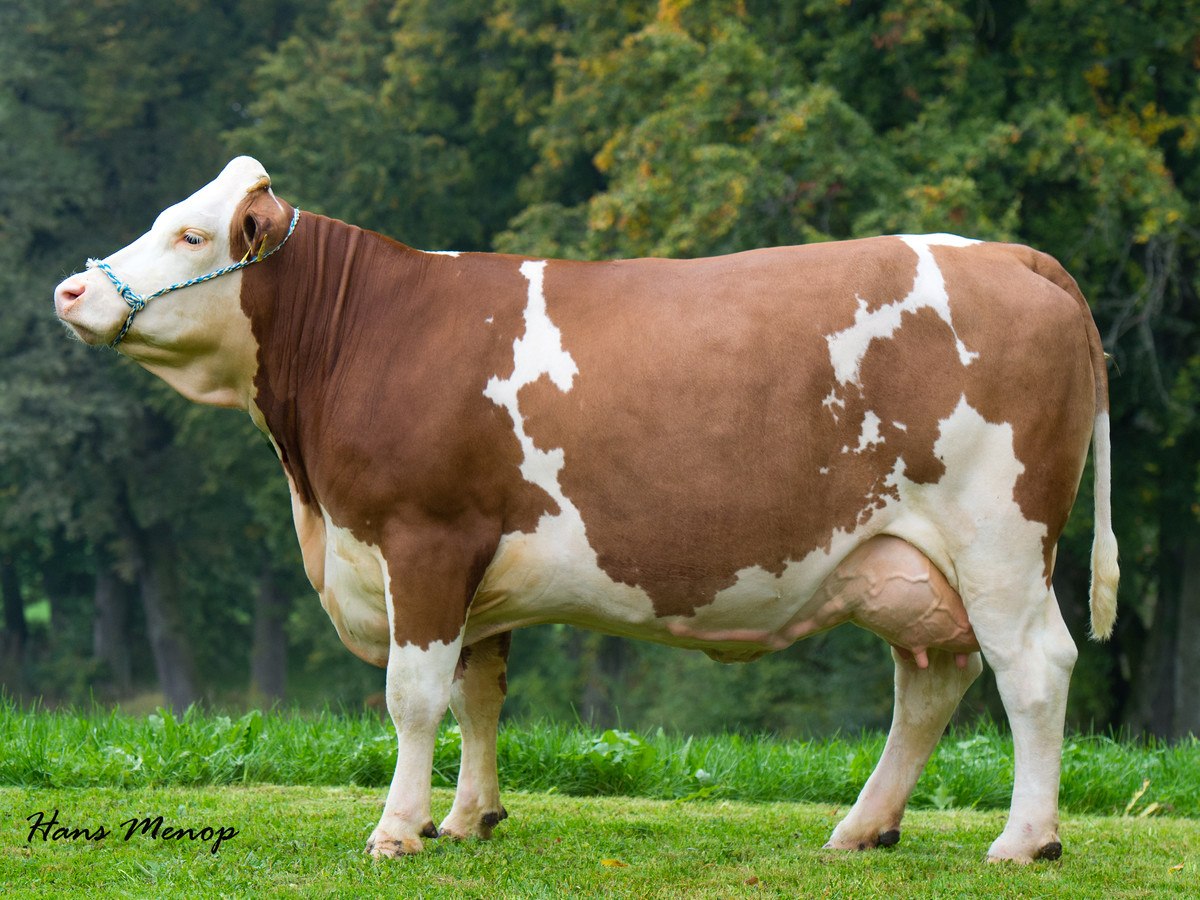 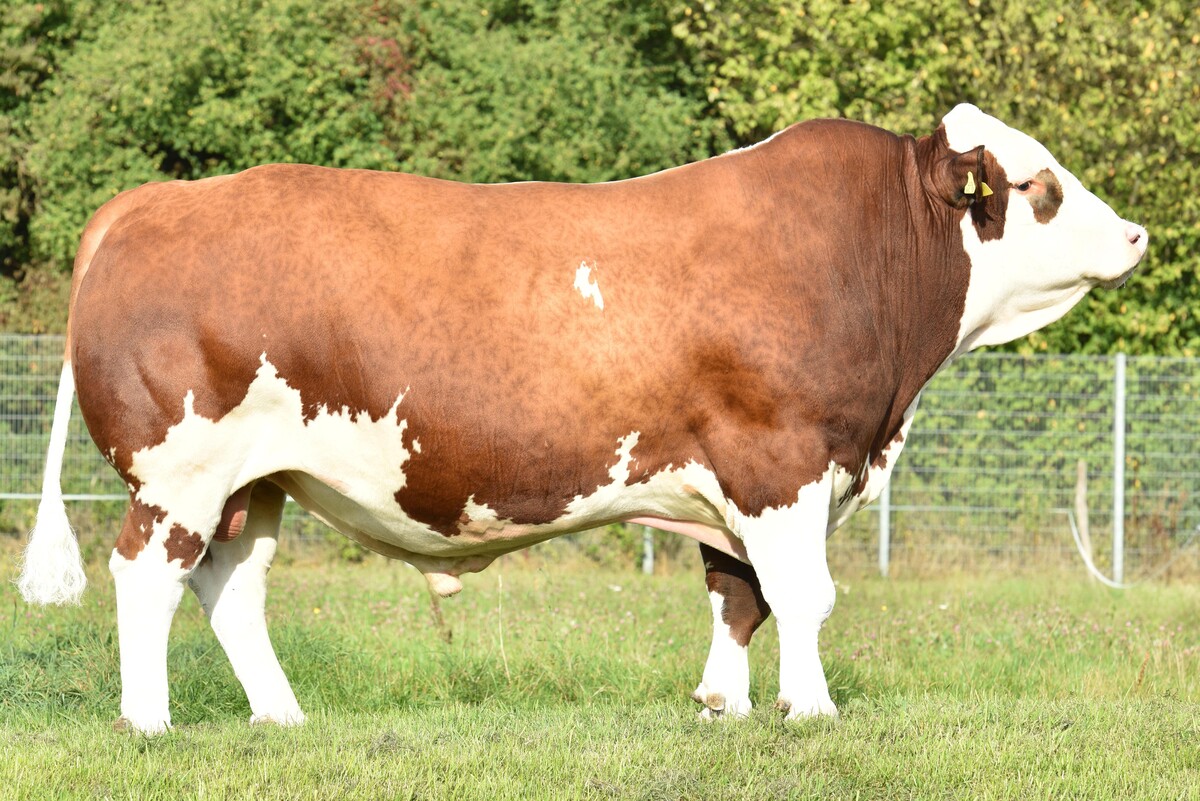 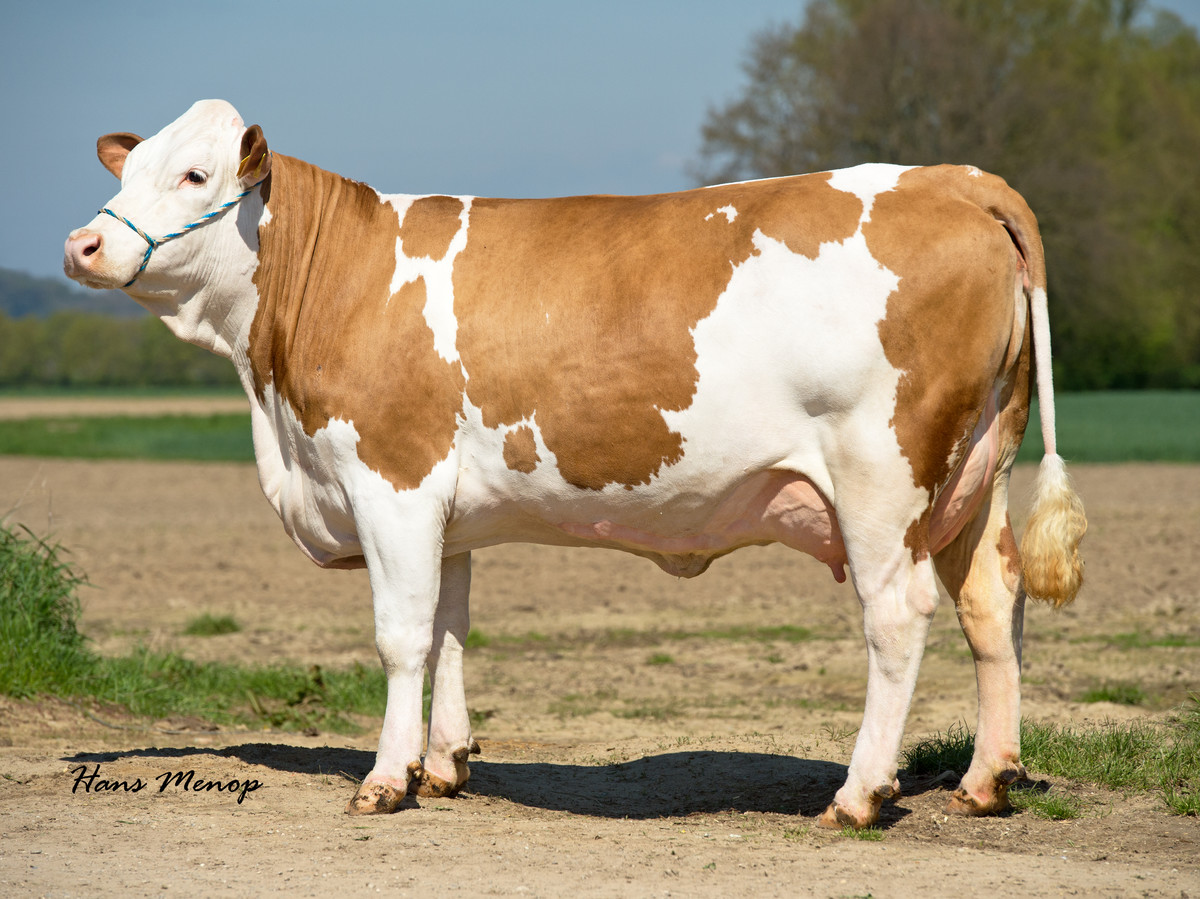 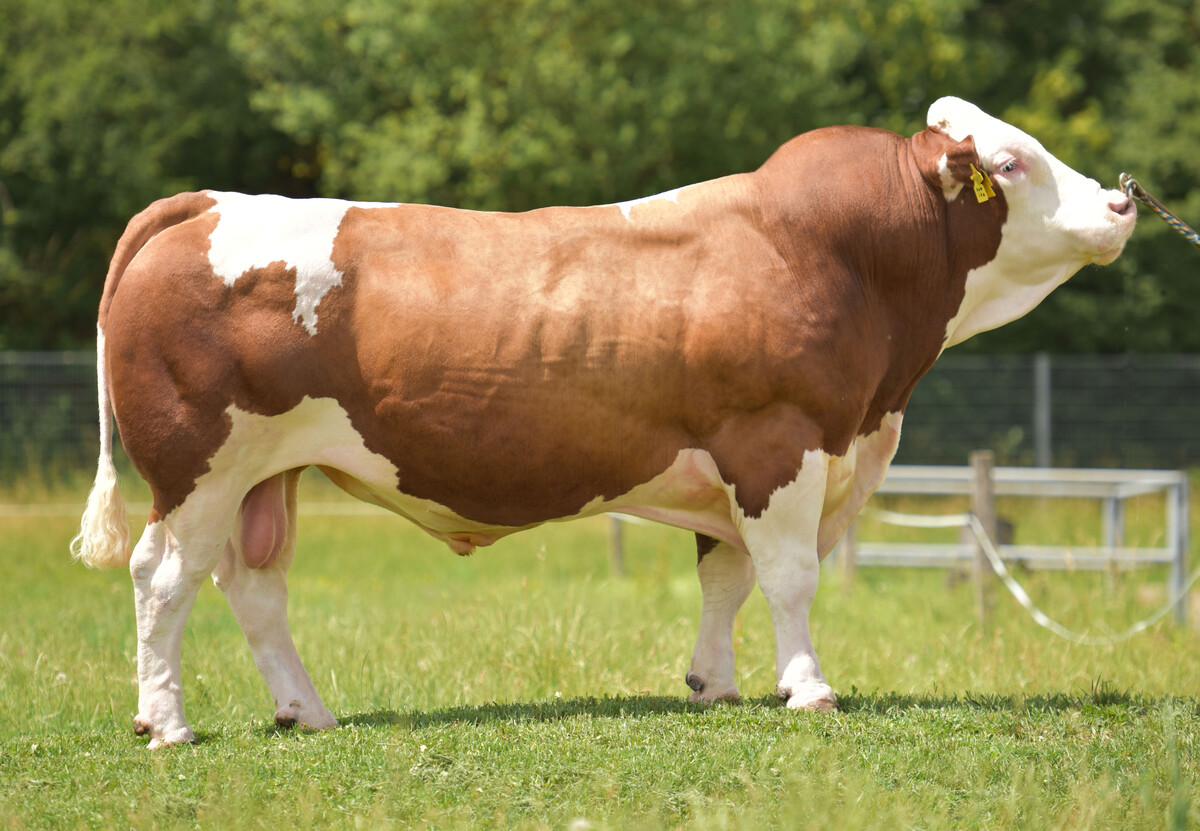 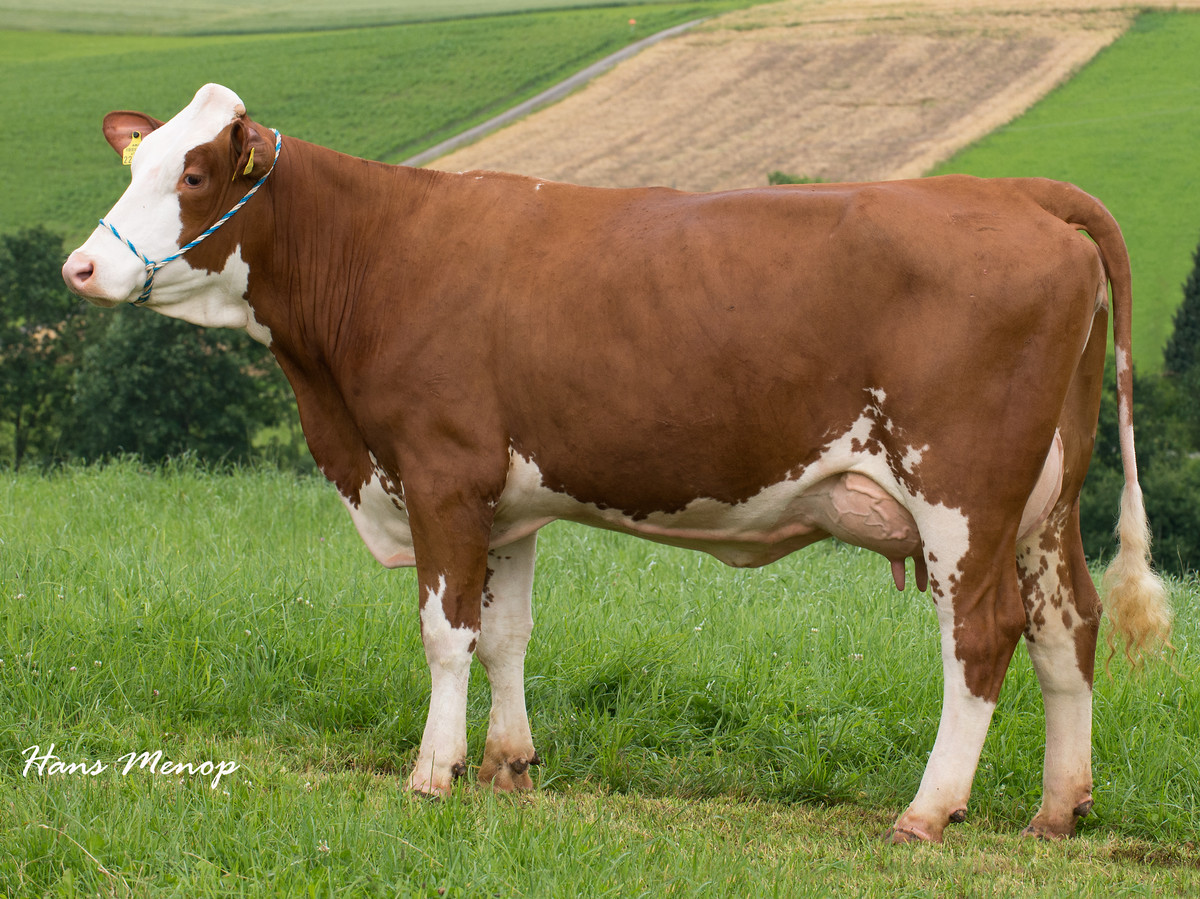 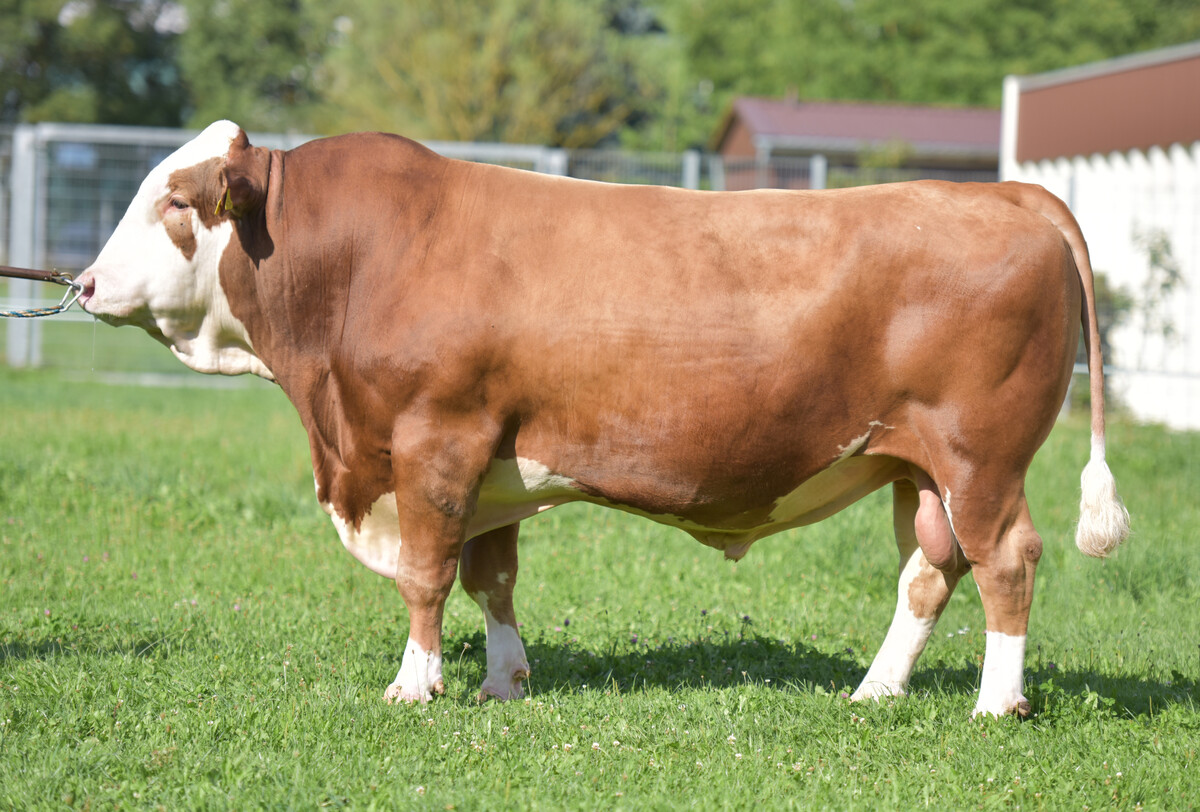 How was the TYP value developed?

We have been observing a creeping and dangerous type change in Fleckvieh cattle for years. The animal is increasingly receding into the background - more and more attention is being paid to genomic numbers. Unfortunately, nobody is interested in the type of bull any more, if the pre-estimated "numbers" fit. So no young bull is checked, if the GZW/TMI is over 130. Breeding hygiene and type fall by the wayside.

Bayern-Genetik has a clear idea of the optimal Fleckvieh type as an universal cattle and is up-to-date the only organization world-wide, which is "still" concerned with it. In the course of our "breed demonstrations" such as the "Starkstierfest in Miesbach" or "Fleckvieh meets Munich", all cows at the shows were weighed and precisely measured.

After a long development phase, Bayern-Genetik has now assigned the corresponding "TYPE" to each of its bulls. With the help of the "TYPE" of the cow a balancing pairing can now be carried out according to the scheme of the "TYP Model". For the single cow we strive for a harmonious animal without extremes, which stands in balance to the performance. In the herds, the variance is to be reduced with the aim of achieving the most economical type for the farm. The type value is not only important in pure breeding, but also in crossbreeding.